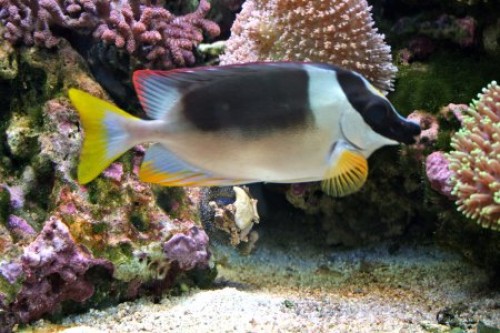 These fish are generally peaceful toward other fish but may be aggressive toward other Rabbitfish and Foxfaces. They are timid by nature and will frighten easily, often taking on a mottled stress coloration. They are reef safe with caution as they may nibble on coral polyps if they are not kept well fed.

Foxfaces and Rabbitfish are primarily herbivorous but may eat some meaty foods if green food is scarce. They need algae and other plant matter to remain healthy and do best on a diet consisting of live and dried algae and supplements of frozen meaty foods. These fish are excellent algae eaters for aquariums large enough to accommodate them.