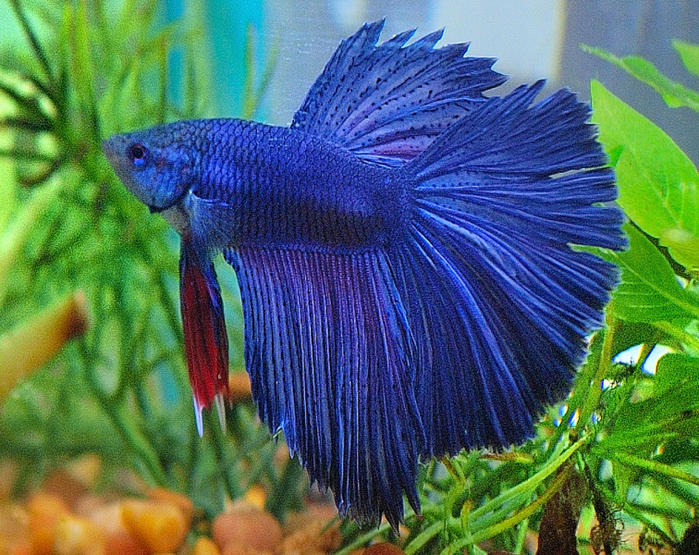 Delta Tail is a term often misused to describe any single-tailed non-halfmoon betta. The true delta tail has straight caudal edges like a halfmoon betta or super delta tail betta, but they extend outwards from the back of the fish and don’t arch straight up into halfmoon bettas. Delta tail does have a solid genotype, meaning spawning delta to delta will produce all deltas, with perhaps a few super deltas and even halfmoons.

Male Delta Tail Bettas have a distinctly triangular-shaped tail with crisp edges and sharp angles. The tail of a Delta is symmetrical, and although the angle is generally wide they are generally 130° or less in tail span. Anything more than 130° but less than 170° is considered a Super Delta Tail Betta. Bettas will “flare” their fins when disturbed or threatened.

The male Betta will attack another Betta and have been known to attack similar-looking fish. It is recommended that only one male Betta is housed in an aquarium with plants and very little current.